Two enlarged billboards, or light boxes meant for outdoor advertising, are displayed prominently on the quay. The advertisements are missing; instead, the boxes are marked by their emptiness and the harsh white light they emit. Upon closer examination, the image does seem to change, ever so slightly. A black bar moves slowly down the screen. The layouts of various advertising posters become more and more visible to us.

Contours, blocks and frames light up in the image, but their message is lost. Like an empty shell, withdrawn from its content, AD. Empty Domination is a response to the loud commercials that make up our streets. Research has shown that when people are on the move, they often have a positive attitude, are alert, make plans, and are open to visual communication. Too often brands have taken advantage of this, which has resulted in the fact that many of our public spaces are dominated by advertisements. The daily flood of hidden messages regarding how we should live and what we should think controls us and, in some cases, causes overstimulation. Breitner Academy students Pielkenrood, Watjer and Brand created a work of art that disrupts this vicious cycle and dominates the space with an overwhelming nothingness.

Pielkenrood, Watjer and Brand enjoy experimenting with presenting everyday objects from new perspectives. By adapting the form and content of the advertising spaces, the artists hope that passers-by will reflect on the great influence that advertisements have in their lives. AD. Empty Domination is the sixth artwork that has resulted from the collaboration between Amsterdam Light Festival and the Breitner Academy, with the aim of introducing students to light art as well as offering them the opportunity to create an artwork for the festival through an intense internship. 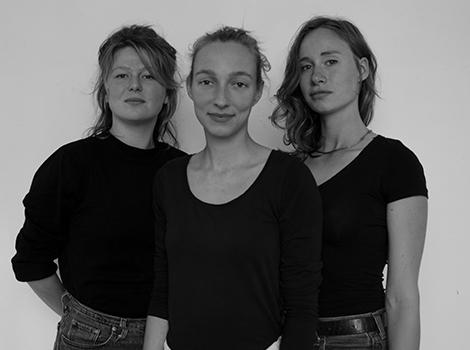