You can enjoy light art all year round! We work together with municipalities, real estate developers and other organizations to give artworks a permanent place. Curious to know what we can do for you? Click the button below.

Apart from the works of our own collection, there is much more light art to be discovered in Amsterdam! On the map below we have collected all the locations and artwork descriptions (credits: City of Amsterdam).

Artworks in the public space are accessible to everyone and are often closely linked to where they are located. Check out our current permanent artworks below.

Today I Love You - Amsterdam UMC

On the facade of the policlinic of the Amsterdam UMC (location VUmc, Boelelaan) an illuminated message can be found: 'Today I Love You'. The artwork from Edition #4 by the Italian artists Massimo Uberti and Marco Pollice was temporarily placed at the beginning of the covid pandemic and has been permanently added to the facade of the hospital since December 2021. The artwork is a thank you for the medical staff and also a reminder for passersby to to take care of yourself and those around you. 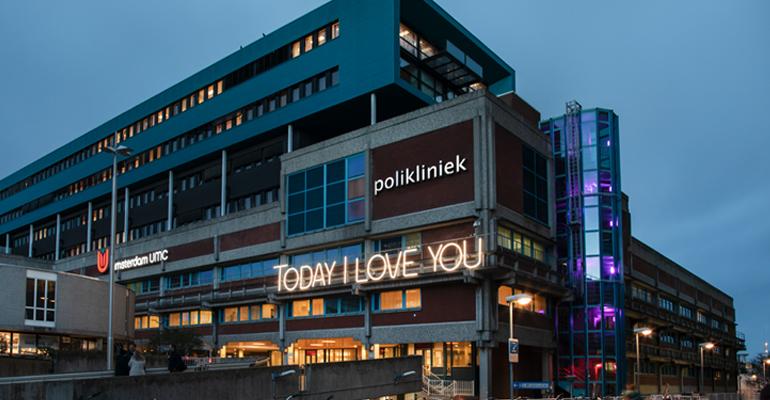 The artwork 178 Bottles, 1 Message, made by Tijdmakers (Saskia Hoogendoorn and Lieuwe Martijn Wijnands), has been placed on the square in front of Amsterdam Sloterdijk. The work was shown during Edition #3 but has now been given a permanent place in Amsterdam West. The work consists of 178 bottles with LED lighting representing the number of different nationalities in the city. The residents of Amsterdam are the beating heart of the city and that image is now visible to everyone. 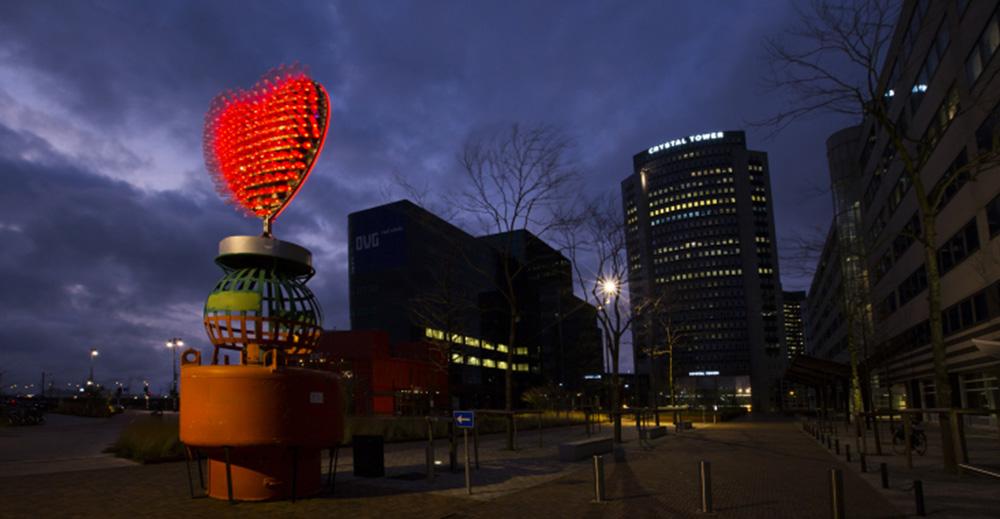 The Light Kite, made by Tijdmakers, brings you back to the past, when you had all the time in the world and you could fly a kite endlessly. The artwork was on display during Edition # 4 of the Amsterdam Light Festival, but now has a permanent place at the Sloterplas. The artwork is a universal symbol of friendship and freedom. Most Dutch people will immediately think of the famous song by folk singer André Hazes, the kite. 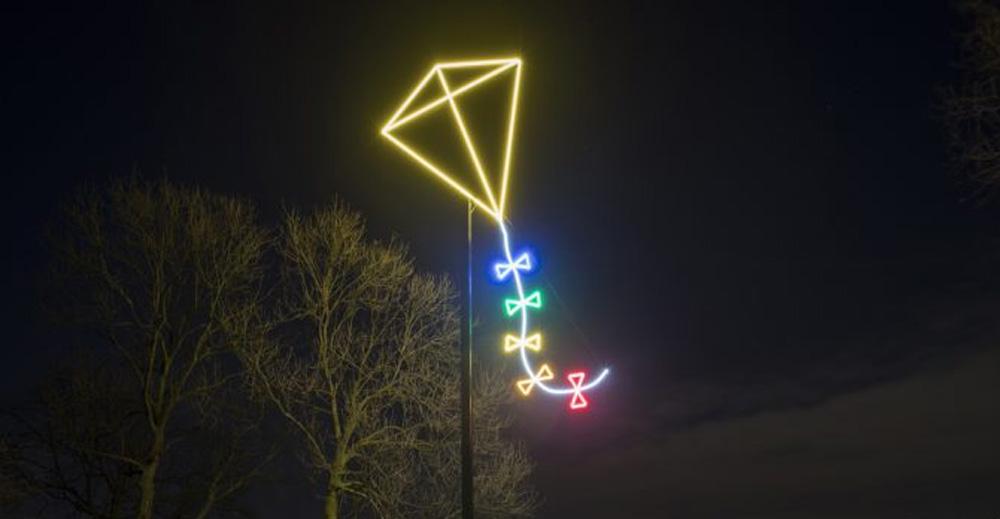 The campfire has traditionally been a place where people come together to tell stories. That image seems to be out of date. Now everyone has something to say all day long, chattering around the twitter fire. The artwork was shown during Edition # 3 and has now found a permanent place at the university campus at Uilenstede Amstelveen. The tree trunks, from which the fire seems to emerge, are benches and thus create a meeting place. The artwork was placed in commission by DUWO. 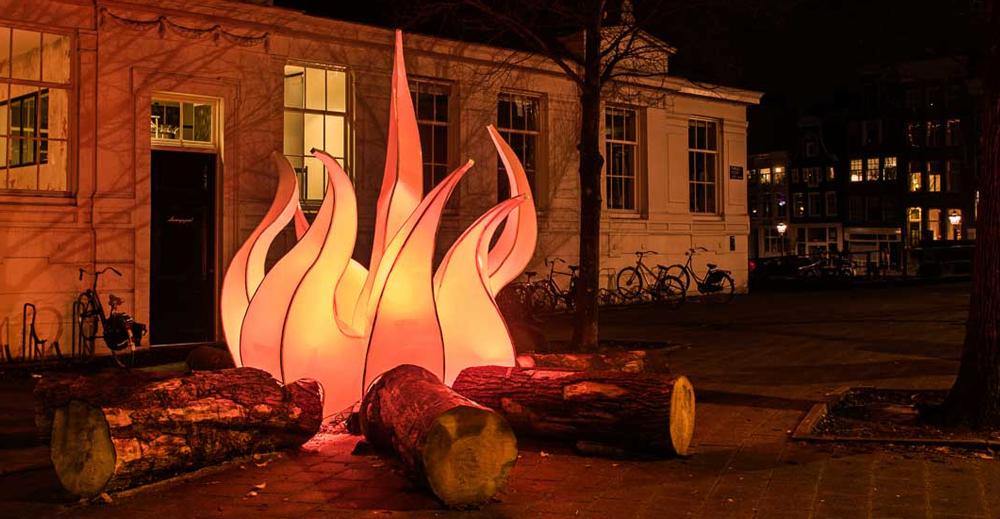