Presenting complicated scientific theories in a playful, creative way – it’s what Stefan Reiss does like no other. It’s not surprising then that Reiss found inspiration for his artwork 'O.T. 976' in a famous theory that tries to explain everything in our universe.

String theory assumes that everything in the universe, from the people on earth to the most distant of stars, is connected by small vibrating particles or ‘strings’. These particles are so small that you can’t see them and therefore the idea has not yet been proven.

'O.T. 976' consists of three large planes, each consisting of dozens of cables (or are they cosmic strings?), folding over each other on the Eenhoornsluis bridge. According to Reiss, you could see these three planes as a small part of a shape that could unfold endlessly into its own universe. They function as a special ‘screen’ for a constantly changing composition of colourful lines, triangles, and polygons. In this way, Reiss creates a play of light and darkness, space, surfaces and volumes that ensure that you won’t get bored, whether you’re into physics or not at all.

Simple geometric shapes, such as the straight line, form the basis of not just 'O.T. 976' but all of Reiss’ work. His systematic approach is also reflected in the titles of his artworks. O.T. stands for Ohne Titel, or ‘without title’, and 976 refers to the fact that this is Reiss’ 976th artwork. But 'O.T. 976' proves that this kind of organisation doesn’t have to result in a rigorous or dull artwork. 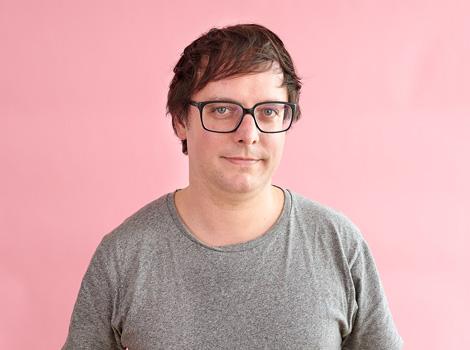 German artist Stefan Reiss (1976) was trained as a visual artist and sculptor at the Kunsthochschule in Berlin. He often combines drawings, paintings, sculptures, installations, projections and per...