Har Hollands (NL, 1956) studied Architecture and Urbanism at the Eindhoven University of Technology. After graduating, Holland worked as a light designer for Philips Lighting for fourteen years. In 1998 he founded his own studio ‘light architecture’: Har Hollands Lichtarchitect. With his light designs for, among other things, historical buildings, industrial heritage, civil engineering works and public spheres, Hollands not only wants to make places, building and object safer, but also add an extra dimension to their meaning. Hollands also creates autonomous light installations, and between 2010 and 2015 he curated the festival GLOW in Eindhoven. 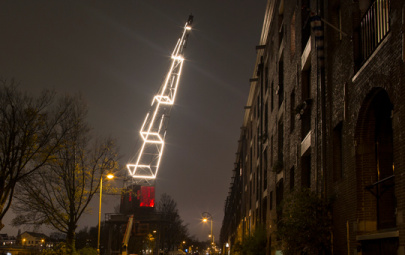