According to the artists of the collective Uxu Studio, there’s nothing that symbolises disruption – and destruction, war, and aggression – more than a bomb. Their blue-lit bomb BIG BANG hangs somewhat threateningly in the air like it is just about to hit the water (or maybe even a passing boat).

It is meant to arouse fear, but those who come closer will also discover something surprising about the artwork: it is covered in soft feathers that mysteriously light up and occasionally make way for hundreds of small, twinkling lights. Strangely enough, this gives the bomb a softer, almost romantic, and above all, harmless appeal. The title of the artwork probably also refers to the other famous ‘big bang’, the one that created the universe, time, and space, and ultimately our planet.

Where the first ‘big bang’ set everything in motion, UxU Studio’s big bang indicates the end. Tragically, we seem to be breaking down and exhausting the earth with our polluting industries, overpopulation, and wars. We hear, read and see news stories about that on a daily basis, and while they may shock us at first, we quickly go back to our own worries – it’s as though we have become immune to it. How will you react when the chaos invades your safe environment? Will you feel fear, anger, or a sense of calmness?

Luckily, it all remains a dark fantasy with this bomb… 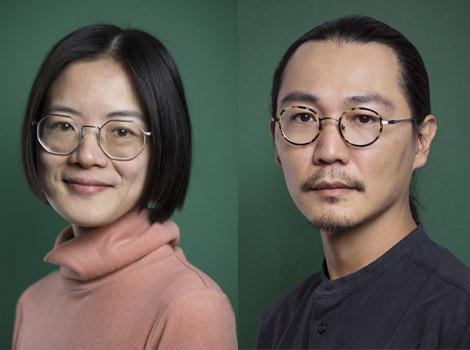 UxU Studio (TW), founded in 2011 by Kuan-Hung Chen and Ying-Chu Chen, is a collective of architects, designers and artists. Their experimental, multidisciplinary approach, often based on the use of...