The Skinny Bridge counts around 1,800 light bulbs that are responsible for lighting up the contours of the bridge at night. This type of illumination is typical for Amsterdam bridges: the arches are accentuated by the concentration of light bulbs, and together they provide a unique and coherent cityscape.

Krijn de Koning, who started out drawing, questioned whether you can create a new image with existing lines of light. He took the iconic shape of the Skinny Bridge – the four arches on either side of the middle passage and the lines of the drawbridge – mixed them up and placed them back on the bridge. By accentuating the forms of the bridge, drawing lines of light and erasing others, De Koning gives the Skinny Bridge a whole new look.

The artwork has two faces: during the day, the image of Amsterdam’s most famous bridge remains intact, but when night falls and the lights turn on, it is completely disrupted. The monumental light drawing distorts, distances, and comments on the existing image of the bridge as we know it. With this two-dimensional play of forms and light lines, De Koning has succeeded in turning the Skinny Bridge into an abstract drawing. Nacht Tekening fits in with Krijn de Koning’s series of large site-specific (and often temporary) interventions and works in the public space. Working with light was new for de Koning, as was the fact that the artwork could only be seen at night.

The fact that the Skinny Bridge was such an important tourist attraction in Amsterdam was also a new experience for De Koning, but it was what drew him to create an intervention at this exact spot. Realising the design on such a large scale was a challenge, especially taking into consideration that the drawbridge has to continue to open for boat traffic during the duration of the festival. 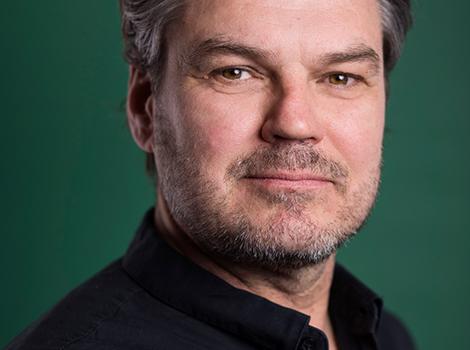 In his work, visual artist Krijn de Koning (NL, 1963) focuses on the question of how we experience space. De Koning creates location-specific sculptures with colors and shapes that refer to the sur...