Illuminated laundry hangs to dry on washing lines, as though it were a summer day in Amsterdam. Glowing white garments, and a cheerful collection of blouses, T-shirts, underwear, trousers and dresses, hang on either side of the canal. There are also some special items of clothing such as a pair of wide Turkish pants, a traditional Jewish dress, and a Moroccan djellaba. Together these pieces represent the cultural and ethnic mix of residents in the city. Spread between different houseboats typical of Amsterdam, Neighborhood is a subtle but surprising intervention in the cityscape.

The washing lines are hung between houseboats and together, they create a friendly, neighbourhood feeling. It is this connection that is paramount for Sergey Kim; according to the artist, despite globalisation and the wealth of information exchange around the world, we increasingly fear foreigners. In large cities, people live in isolation, it’s common not to know your neighbours. The artist hopes to send a positive message into the world by using something as every day and universal as drying laundry to represent an image of people coexisting harmoniously.

Everything in Neighborhood emits light, from the garments to the clothes pegs and the washing line itself. Sergey is fascinated by the impact of light on everyday objects. Specifically, he’s interested in how applying light can change an item’s meaning entirely. He often uses light to come up with creative solutions. For example, he invented the first illuminated bicycle tires with his start-up Velooq. Will Neighborhood result in the first illuminated washing line? 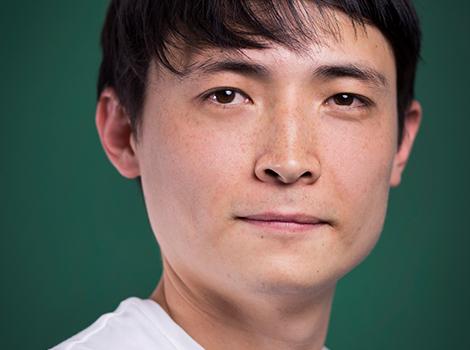