It was created by American engineer Russell Kirsch when he scanned an (analogue) photograph of his son to his computer and saved it as a 176x176 pixel image – his computer couldn’t store more data than that.

'Picto Sender Machine' is a welcome change in a time that we are used to seeing films, television programmes, and photographs in high definition. The ‘machine’ consists of an enormous low-resolution screen of 1200 enlarged pixels and invites you to record a short video message. But you can’t use words to express your message; only your silhouette, movements, dance steps and gestures will be translated into blocks of light, to see by the audience on a live screen. Express your thoughts creatively only using your body. This way, visitors can experience what it’s like to look into a digital, surrealistic mirror – something Prado does more often. He also created Glitch Mirror, in which you see yourself in a fluorescent version of our world.

The short video messages created by the visitors are uploaded to Instagram, where they form a new alphabet of mysterious, moving icons which he calls ‘digital hieroglyphs’. But the question is: how much is left of our original message, intentions and emotions when we use a communication tool that is as limited as Prado’s 'Picto Sender Machine'? It forces you to express yourself in the simplest, most instinctive way, without thinking about it too much. Is that a disadvantage, or perhaps even an advantage?

PICTO SENDER MACHINE IS SUPPORTED BY: 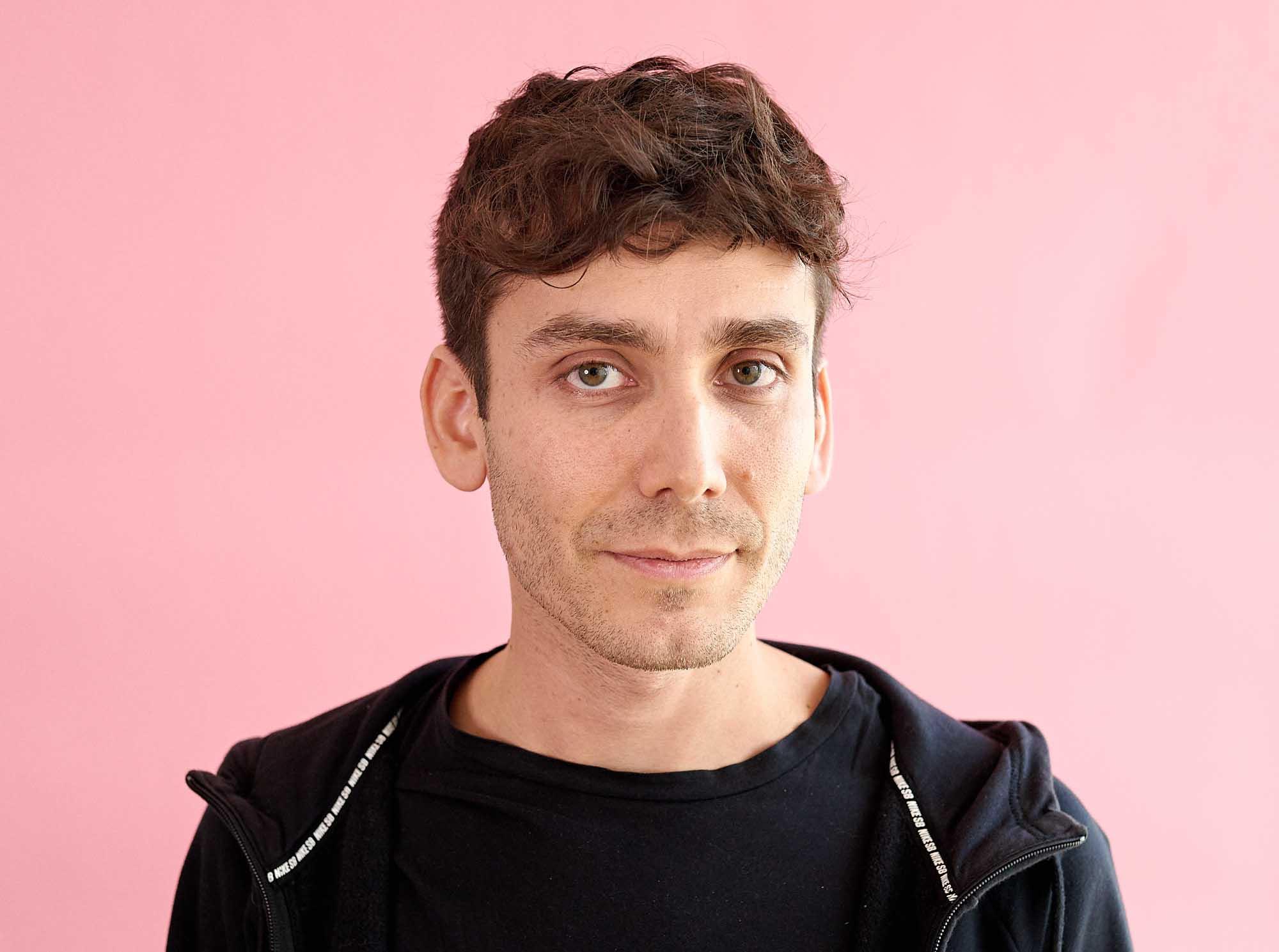 Felipe Prado (1981) is a Chilean multidisciplinary artist who works primarily in the visualisation of music. He creates multimedia and video installations, animations, photographs, visuals for live...