Colourful, flickering and illuminated Korean signs compete for your attention on the Schippersgracht in Amsterdam. EON SLD’s installation contains about 40 replicas of traditional signs, neon signs and lightboxes that represent the 1950s to the present, as well as several newly designed signs. The jumble in which these signs have been presented on the quay are typical of a Korean shopping street.

You can find them throughout Korea, but especially in Euljiro, one of the oldest neighbourhoods in the South Korean capital Seoul, an area that is now in danger of disappearing due to urban development plans. Remind Euljiro Freedom is an ode to this special place, where independent entrepreneurs, exceptional craftsmanship, and diversity prevail. The Euljiro neighbourhood has a unique ecosystem of around 10,000 specialized shops that employ about 50,000 craftsmen. You will also find many typical Korean restaurants, independent factories, and a close-knit community of artists. While this bustling neighbourhood was important for the post-war economic revival of the city in the 1950s, it currently has to make way for modern apartment complexes and expensive offices that are being built by the Korean government to give the neighbourhood a newer, more contemporary look. As a result, thousands of people are being forced to leave their homes, the unique ecosystem is disrupted, and the local history erased.

EON SLD presents the illuminated advertisements of the repressed local entrepreneurs in Amsterdam to rethink the cultural and historical value of Euljiro as it is under the process of its disappearance. That’s why the neon signs on the outer edge of the installation flicker as though they are broken. Other signs consist only of a framed border; they are empty on the inside to represent the gap that would result if the distinctive character of the Euljiro district were to disappear. The city of Seoul’s urge to innovate and progress is not unique; in cities around the world, including Amsterdam, advancing gentrification is a major, disruptive problem. Though Remind Euljiro Freedom tells a local story, it is representative of many other cities around the world. 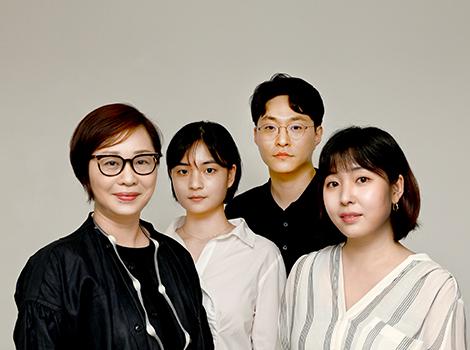 EON SLD ('be warm') is a light design studio based in Seoul. The studio has established nightscape master plan for Seoul since 2000 and continuously develops the plans. The team's design also speci...