Spider on the Bridge

If you have arachnophobia, you might want to avoid this bridge since the biggest spider you’ve ever seen is perched prominently on top of it. Groupe LAPS’ 'SPIDER on the Bridge' consists of 80 spiders, each 2-metres wide, made of tubes containing LED light. The light is programmed in such a way that the creatures appear to actually crawl around.

Our fascination for gigantic monster spiders has made it into popular literature and cinema. Think of Aragog and his spider family in Harry Potter, or the evil Shelob in the Lord of the Rings trilogy. But not everyone who encounters 'SPIDER on the Bridge' will feel as though they have happened upon a scene in the science fiction/horror series Stranger Things. Playfully running and jumping around, the spiders also look a little like acrobats. It’s exactly those mixed feelings that Groupe LAPS plays with in this artwork.

The artist collective Groupe LAPS creates (interactive) projections and light art installations, and has participated in many international light festivals. Spiders and figures that run, jump and dance are regular features in their large-scale installations. The dynamic lighting effects bring them to life and create something that could be considered a cross between sculpture and stop-motion animation (think of Tim Burton’s Corpse Bride). Their artworks always tell a little story and bring an element of fiction into our reality. 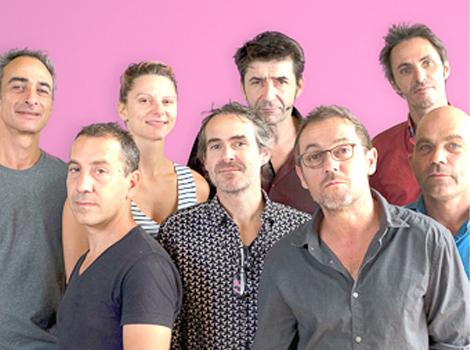 The French collective Groupe LAPS was founded in 2009 by 6 artists and designers. Groupe LAPS creates films, multimedia and light installations, and participates regularly in educational programmes...

SPIDER on the Bridge- Groupe LAPS