You may not see it, but there's a war going on! A very important war in the microscopic kingdom of viruses and bacteria, which inspired Breitner Academy students Kawita, Renee and Ilse to create this artwork. The starring role is played by the T4 virus, which attacks the dangerous E. coli bacteria with its "soldiers". They look like Martians, but that's exactly what they look like when you look at them through a microscope. T4 is a so-called bacteriophage, a type of virus that destroys specific bacteria in a very clever way. With its ‘tail’, it injects its own DNA into the body of the bacteria. The phage will keep multiplying there and eventually the bacteria will burst. So, these little heroes prove that viruses do not fully deserve their bad reputation!

We followed Ilse, Kawita & Renée in their journey of creating their artwork. 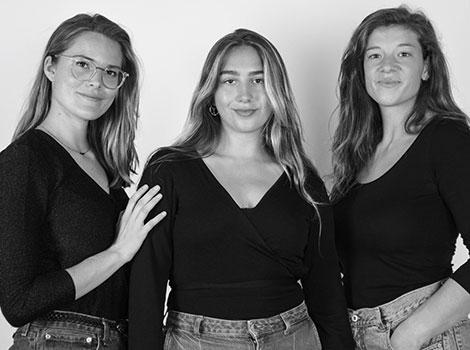 Ilse Kok, Kawita ten Kate and Renée Westland are students of the bachelor's program in Visual Arts and Design at the Breitner Academy in Amsterdam. For Edition #9 they've created their first...

Listen to the audio that Marcel Sman created especially for this artwork.