The ice is melting at the pøules

“The ice is melting at the pøules!”, warned Danish Foreign Minister Villy Søvndal at the UN Climate Change Conference in Copenhagen in 2009. His funny Danish pronunciation of the word ‘poles’ received more attention than the content of his message, minimising the urgency of the problem.

In the meantime, not only are we experiencing the disruptive effects of global warming, sea level rise and the increasing CO2 concentration more and more – like heat waves, floods and wildfires – climate change is also clearly demonstrated with data, gathered and interpreted by scientists around the world. The work of these scientists, and specifically the new types of graphs designed to visualise their findings, served as the inspiration for Martin Ersted’s installation The Ice is Melting at the Pøules. Using two custom designed laser light machines, he creates a series of moving vertical lines based on British scientist Ed Hawkins’ beautiful ‘warming stripes’. These lines represent the global temperature rise over the past 169 years; blue is a relatively cool year, red a warm one. The stripes are alternated by a series of interlocked circles, depicting the rise of both temperature and CO2 levels worldwide. The changing height of the projection of both circles and stripes is, of course, also far from random: it corresponds to data on sea level rise.

By combining hard, scientific facts and intense laser light, Ersted generates a performance that is simultaneously confronting and poetic. It is no coincidence that Ersted’s installation can be seen on the facade of the Maritime Museum. From 4 October 2019 until 10 May 2020, the worldwide impact of the ice melt and sea level rise are the focus of the exhibitions Scramble for the Arctic and Rising Tide by Kadir van Lohuizen.

Martin Ersted’s laser light machines, Moon Machine I and Moon Machine II, are placed in a ‘Tiny Office’ opposite the Maritime Museum, on the Kortjewantsbrug. At this office, you can listen to the soundtrack that Ersted composed in collaboration with Robotic Folk (Lithuania) for this artwork. The first part contains several famous qoutes on climate change sung by Karina Nuus Pedersen (Denmark); the second is inspired by the morse code SOS. 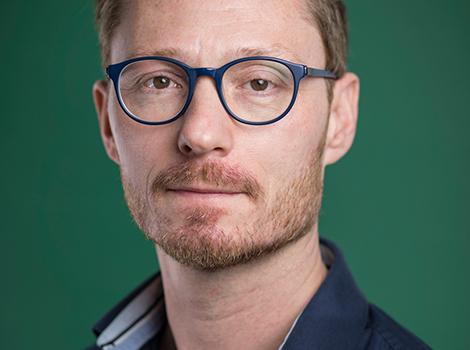 Martin Ersted (DK, 1977) is a creative jack-of-all-trades: he has been artistic director at various cultural organizations, worked in TV and radio and is active as a light artist. Ersted often uses...