The two gigantic lamps that appear between lampposts on the Golden Bend are a wonderful sight. Jeroen Henneman created 'Two Lamps' specifically for this beautiful part of the canal; it’s where the wealthiest people in Amsterdam once lived and where lawyers, bankers and insurance advisors now work.

It looks like the lamps have escaped from the desks of one of the many offices in the area. But those who walk, bike or sail by will quickly realise that they are not real lamps but flat drawings; simplified images of lamps created using lines of light.

In 'Two Lamps', Henneman has merged object and drawing, as is typical of ‘standing drawings’. He makes spatial objects from drawings by placing them upright and ensuring that the air, and not the paper, is the carrier of the lines. Since the two lamps are covered in a special foil, the sculptures take on two different roles in a 24-hour period: they appear as graphic, white drawings during the day and as silhouettes of light at night.

It’s not surprising that Henneman chose to enlarge ordinary desk lamps into this monumental artwork. He sees beauty and even poetry in everyday objects that we might not even notice including a box, a pair of scissors, a stack of paper and a pencil. He takes them out of their context, brings them back to their essence, and it’s hard to look at them in the same way. Henneman’s artwork reminds us of the importance of something as simple as a desk lamp: it ensures that we can work, read a book, or play a game wherever and whenever we want… What would we do without it?

Specially for Edition #7 Jeroen Henneman designed the limited edition artwork, One Lamp, of which 65 unique copies will be available. With the proceeds of the sale, the production of Two Lamps is made possible. 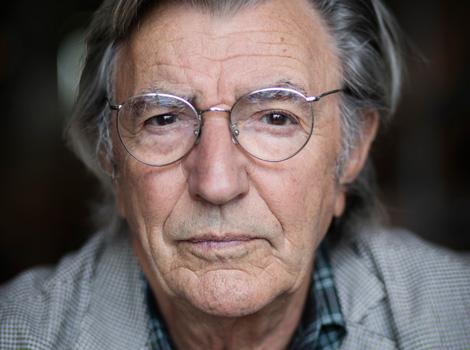 Jeroen Henneman (1942) is a visual artist who lives and works in Amsterdam. He studied at the Amsterdam Institute for Applied Arts Education and at the Higher Institute for Fine Arts in Antwerp. Si...