You may identify the image of an international metropolis plagued by floods and other natural disasters from blockbuster films like Deep Impact (1998) and The Day After Tomorrow (2004). With the sinking city, Atlantis, Utskottet demonstrates how this menacing scene can become a frightening reality.

The rise in sea levels and increase in extreme weather conditions around the world are demonstrable consequences of the way we recklessly interact with our planet – if we’re not careful, Amsterdam might one day be underwater. Utskottet drew inspiration from all over the world for the skyscrapers. If you look closely you might recognise some famous buildings like New York’s Empire State Building, the Ministry of Foreign Affairs tower in Egypt, the BSA Twin Towers in the Philippines, or, a little closer to home, Amsterdam’s A’dam Tower.

Utskottet chose buildings from different cities to form a global cityscape – after all, the threat of total demise concerns us all. The title of the artwork, Atlantis, refers to the mythical narrative of an island empire that disappeared following a series of natural disasters. First written about by Greek philosopher and writer Plato (427-347 BC), the story details how Atlantis vanished underwater as the result of earthquakes and tidal waves.

Utskottet fears the repetition of this doom scenario. Because even though we are reminded in the news and media of the climate crisis time and time again, we do not seem too concerned by it. With this artwork, the artists hope to highlight the potential consequences with the representation of a lost city. 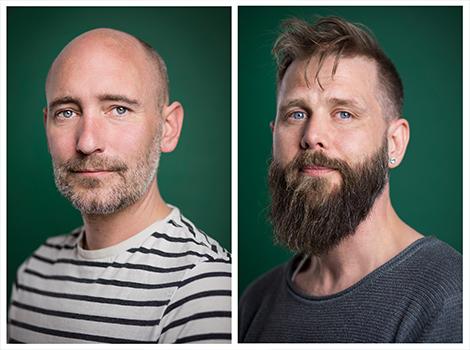 Olof Wiese (1976) and Edvin Buregren (1978) run design studio Utskottet (‘the committee’ or ‘sprawl’) together. They design and build interactive works of art for the public...