The Ice is Melting at the Pøules

Together they show how the average temperature has risen worldwide in recent decades. The redder the line, the warmer the temperature averages.   The title of the work - The Ice is Melting at the Pøules - is a reference to a slip of the tongue of former Danish Foreign Minister, Villy Søvndal. In 2009 he warned that the ice on the 'Pøules' (instead of the 'Poles') was melting. For a long time, this mistake dominated the Danish debate on climate change, thus undermining the urgency of the problem. Ersted wants to make a statement with his work. 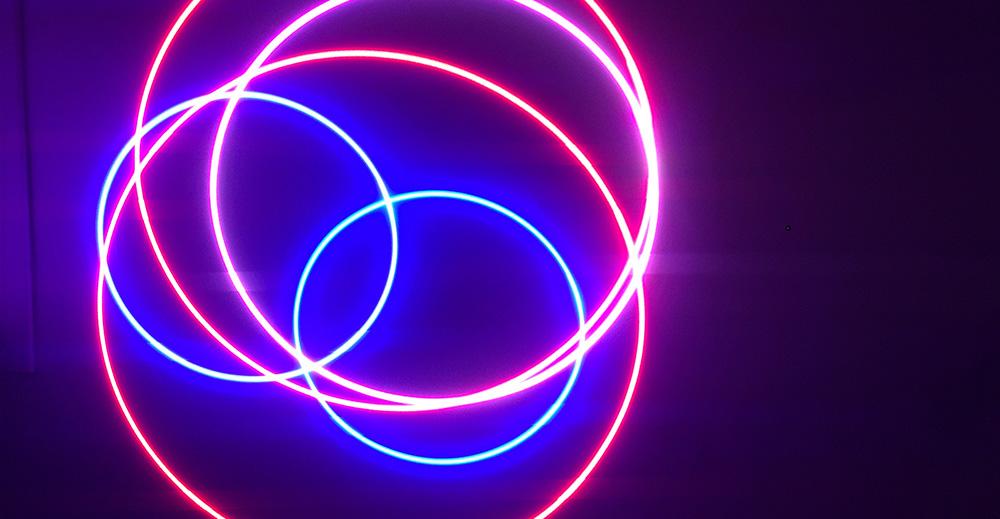 "We've all seen data on temperature increases online and in papers. The scale of this artwork is like shouting it out loud and putting it in full sight of everyone who passes by. You can't miss it."

The artwork is brought to life by the laser projectors Moonmachine I and II. About his choice of this medium, Ersted says: "Laser light is the most distilled form of light. Almost as if the light is materialized." The machines were named after a lyric by David Bowie. "The Sun Machine is coming down, and we're gonna have a party," the pop icon sings in the song Memories of a free festival. Ersted: "When the Sun Machine is coming down, the Moon Machine is coming up."  Part of the artwork is a special sound composition by composer Robotic Folk and singer Karina Nuus Pedersen, which enhances the poetic character of the artwork. The Maritime Museum gives the artwork a new layer of meaning. Ersted: "Just like you can't avoid climate change, you cannot avoid The Ice is Melting at the Pøules. Its size forces you to face the consequences."

Martin Ersted (DK, 1977) is an artist, radio host and artistic director. His artworks on climate change have been featured in light festivals in Denmark and Iceland. Read more about Martin Ersted here.

This artwork is supported by The National Maritime Museum, Tiny Office and Båll & Brand